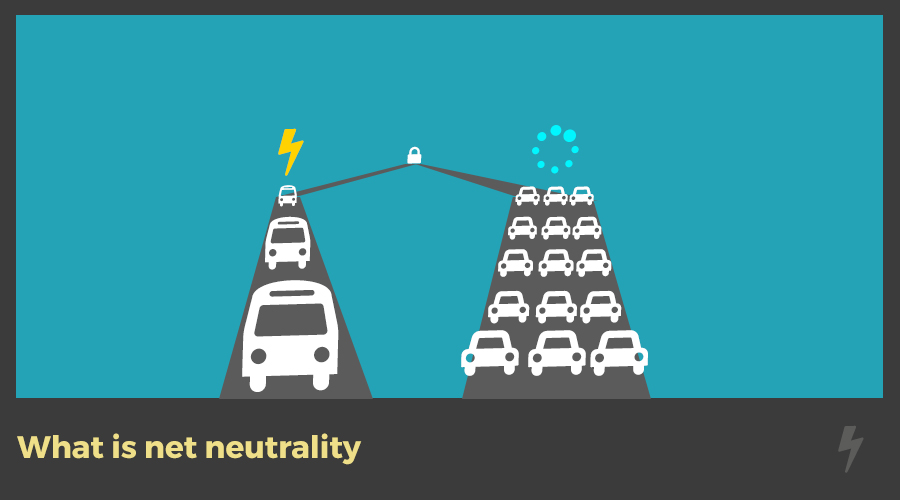 Net Neutrality is a hotly debated topic today. However. while widespread, many people do not understand what it means and especially, the implications that it may have for each person.

To get an idea of what started Net Neutrality actually is, these are some of the primary points to understand.

Origins
The debate first began in May of 2014 when the FCC chairman proposed a plan that would have allowed internet providers to create “fast” and “slow” internet lanes.

The proposal was eventually disbanded due to a huge public outcry, but still remains a possibility in today’s technologically based world.

What Is It?
Net Neutrality is the guiding principle of the internet or simply the right to communicate online freely. This principle means that the internet both enables and protects free speech for its users. Internet service providers must provide their customers with open networks and not block or discriminate against any applications that are used over those networks.

The concept may be better understood with a phone metaphor. A phone company cannot decide who a person can or cannot call or what they say on that call. Without Net Neutrality in place, cable and phone companies could slow down content or block sites that it did not want customers to view.

To internet companies, there is a huge potential for internet providers to charge customers for high fees in the future.

There have been multiple lawsuits filed recently that would disband the free and open internet policies that exist today. In fact, the House and Senate committees have already passed bills that could sabotage Net Neutrality.

Reclassifying the Internet
The Telecommunications Act of 1996 didn’t want the FCC to treat websites or internet services in the same way that it treated local access networks. The act required the FCC to treat network owners as common carriers, meaning that they could not block or discriminate any content.

However, the bill against Net Neutrality was designed to reclassify internet access services as information services. This change would mean that providers would now be allowed to block information or charge higher fees for that information.

Businesses Affected
Small business owners were some of the primary opponents of any changes to current standards for internet service. The open internet plays an essential role in helping startup companies gain attention, create a market, and distribute their products to customers.

The open internet is also important for job growth and competition. Net Neutrality helps to lower barriers for individuals who may want to open their own business. It is because of Net Neutrality that small businesses thrive.

They are able to use the internet to reach target markets. One of the examples used by small business owners was the creation of Google itself. Without an open and free internet, the creators of Google would never have been able to start their very successful search engine.

Potential Discrimination
Communities with minorities were also against reclassifying the internet. Having access to the open internet allows for people from all walks of life to share their stories and also organize for issues of community and justice. These groups are often underrepresented in the mass media.

Having the open internet gives any marginalized voices the opportunity to be heard. For this reason, many civil liberties unions and similar organizations supported Net Neutrality strongly.

Mass Appeal
The proposed changes to the internet were widely ignored until a well known comedy television show became interested.

The John Oliver Show spent a significant amount of time explaining Net Neutrality and how the average person could be involved.

They also put in a call to action to contact elected leaders and ask them to vote against reclassifying the internet. The huge response made a significant change and, for now, the internet still remains an open marketplace.

While Net Neutrality still exists today, there are many companies who are working to make the internet a private and pricey place. Since there are many bills which may contain implications for Net Neutrality in the House or Senate, anyone interested in this topic should be aware of whats happening in politics.